As a Boy Scout, many years ago, Jeff first learnt about knots.   Some years later when in the Norwegian Merchant Navy he watched a fellow-crewman making ships in bottles, splicing cotton to create the rigging.   This renewed his interest in knotting and he bought a copy of the Ashley Book of Knots, now considered the ‘Bible of Knot Tyers’.     In the early 80’s he accompanied Lesley to a Woodworking Show in London.   Whilst there, he spotted a bearded man in a red hat sitting at a stand surrounded by rope and cord.   Jeff being Jeff went up and asked what rope and knots had to do with woodworking.   The reply was “woodworking tools but my main interest is tying knots”.   This was Des Pawson, a founder member of the newly formed International Guild of Knot Tyers.   They spent some time chatting, and at the end of it, Jeff was the latest member of the Guild.   Since then he has been a Committee member for about 10 years, the Guild’s Librarian and finally the President (from 2002-2005).   He is still an active member of the Guild, attending many Guild events at home and overseas.

Jeff with 3 other members of the Guild (Ken Yalden, Tony Doran and Richard Hopkins) formed The Starbolins – attending many nautical events depicting life on board 19th Century naval ships.   Events such as Tall Ships Races and Navy Days in Plymouth and Portsmouth; Festival of the Sea, Brest, France, in the British Pavilion; Chatham Historical Docks, plus some themed mini-cruises on the P & O ferry route from Portsmouth to Bilbao to name but a few. 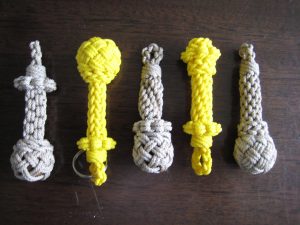 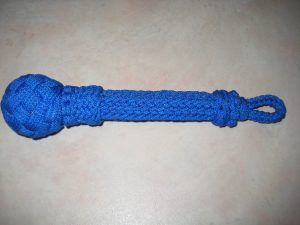 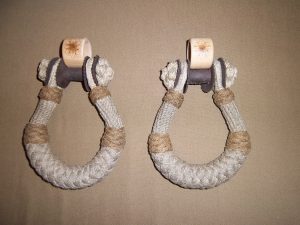 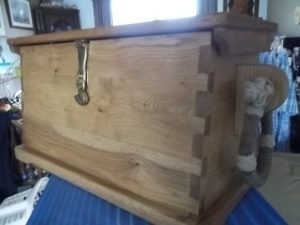 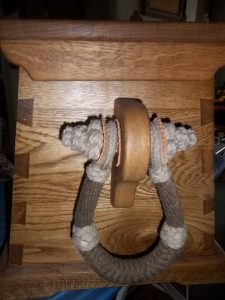 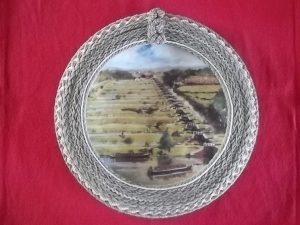 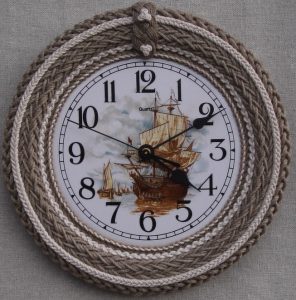 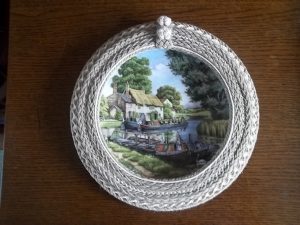 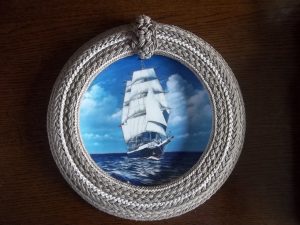 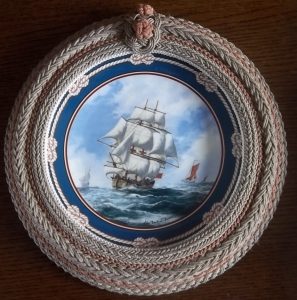 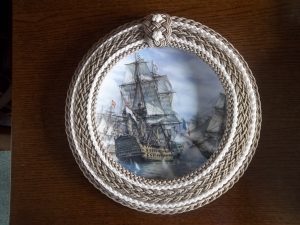